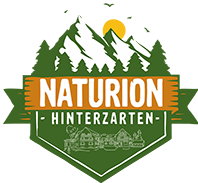 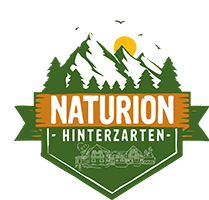 On this page we would like to introduce you to therapies based on Breuss-Dorn-Fleig® for the treatment of the spine and joints, which are fortunately now very popular and well known.

Back pain is a common disease today. Lumbago and herniated discs have been known for a long time, spinal diseases of various kinds and many other ailments that may not be associated with the spine at first, but are a current topic today. We are confronted with these cases every day in our practice.

The Breuss method of Rudolf Breuss’ method is a fine, energetic back massage that relieves tension. It follows the theory that there are no “used” intervertebral discs, only “degenerate” ones, with the conviction that regeneration can be achieved again. This is illustrated graphically by Rudolf Bruess using a sponge: If a sponge has been on a weight for a long time and it dries out, it becomes thin like a disc. As soon as you take the weight off and put it in water, it absorbs and expands again. The situation is similar with intervertebral discs, as R. Breuss describes it.

St. John’s worth oil is used for the treatment. This is gently massaged in and absorbed by the intervertebral discs. This supports them in their regeneration. This is also why it is the ideal preparation for the subsequent straightening of the spine towards Dorn.

The spine is not only the central supporting organ of the body, but above all the stable protective cover for the spinal cord, which is the superordinate control organ for all functions of the organs, tissues, yes every cell of our body. Pain, functional disorders and changes in the tissue – not only in the back, but also in every other region of the body – are often caused by irritation of the nerves radiating from the spinal cord as a result of displacement, misalignment or blocking of one or more vertebrae.

In such cases, this is also the starting point for causal therapy: the sensitive and skilled hand of a therapist can feel the minimal vertebral misalignment and correct it with gentle pressure. In this way, the vertebra slides back into its original position and can thus positively influence numerous symptoms that are caused by this blockage.

In the Dorn method, the vertebrae are corrected by pressing on the spine or transverse processes. This only works with the help of movements that the person to be treated makes. These are running movements that humans have been carrying out since evolution. The corresponding muscles are moved. The effect of the combination of “impulse and movement” leads to the ideal process, also because the brain can completely control the processes. In contrast to chiropractic, which only really works if the brain is excluded from controlling the process by a quick jerky movement. At the latest with the second chiropractic application, the brain can no longer be switched off so easily because it programmed the process the first time and therefore adapts to it. This instructs the brain to hold the muscles against it so that no damage can occur. If the thorn method is carried out properly, side effects such as e.g. Overstretched ligaments, blockages produced or other injuries, as observed in chiropractic, are not possible. For these reasons alone, the thorn method is the most natural and easiest way to restore order in the area of ​​the joints.

With the Dorn method, subluxed joints can be corrected, which often leads to eliminating pelvic obliquities. The focus of the therapy is on the static restoration of a straight and upright spine.

It is important that the leg lengths are balanced. We have observed in practice for over 30 years that leg length differences are very common. As far as we know, there are four causes for this. The cause is very rarely anatomical. We have also noticed that leg length differences caused by subluxations (of the hip, knee or ankle) are becoming less common, for which there are logical reasons that are explained in more detail in our training. An increase in leg length differences due to pelvic wrinkles can be clearly observed. This is a leg that is too short or too long, depending on the pelvis squeezing, which can also lead to blockage of the sacrum joint.

The most frequently observed cause for leg length differences, but also for changes in the spine, can be found in the area of ​​tension. It does not matter whether the muscles are too tense due to a deformed joint or if the muscles that are too tight produce a deformed joint. It is important and sensible to break the vicious cycle in order to restore order. This is exactly what we can achieve with both the Breuss and the Dorn method. Our seminars teach you how best to get an accurate diagnosis of where the leg length difference comes from. Since diseases are conflict-related, i.e. psychosomatic, explains why natural healing methods are best suited to help. The whole thing is based on the creation law “cause – effect”, which is why there is always the possibility of a solution in the area of ​​resonance.

With the Breuss and Dorn therapy not only blockages are removed, but several influences or treatments are carried out in one. In addition to releasing blockages, a back reflex zone massage is also carried out, the intensity of which can be more effective than a foot reflex zone massage, since we work closer to the spinal cord. At the same time we do acupressure treatment and thus influence various meridians. The chakras are also positively influenced. Of course, most of the tension in the muscles, ligaments and tendons is released in the course of the treatments. As far as we know, the greatest part of the success of the treatment can be found in the fact that we can empty thought stores that are overcrowded due to the law of resonance. Mind stores are mostly filled by improper thinking, which is very common when dealing with conflicts. Because those affected mostly direct their thoughts to the past or future, they cannot be lived. No entity can live in the past or future, but their thoughts must be lived according to the law of creation, because we create realities with our thoughts. There is enough scientific evidence for this, e.g. of quantum physics, but also other sources of knowledge. In order to understand the depth of these relationships, it makes sense, e.g. Reading literature from Göring / Clausen “phenomenon life” or other. Based on the above-mentioned relationships, it can be explained why the Breuss-Dorn-Fleig® method is very important in the field of naturopathic applications.

We have found that in severe cases (even if conventional medicine was only able to recommend surgery), careful use of the Breuss-Dorn method could achieve lasting success.

The following reasons demonstrate how valuable and cost-saving the use of the Breuss-Dorn-Fleig® method can be:

Beware of: fresh fractures and osteoporosis!

Treatment according to Dorn should only be carried out by people who have gained practical experience during seminar visits.

The success with these healing methods must not lead to ignoring the question of the causes, on the contrary. Based on one of the basic theses of Chinese acupuncture “the spine is the soul of the body”, the aim should be to maintain health in all areas – from the right nutrition to clothing, from a control of the environmental influences to the mental attitude. This also applies to the responsible profession of the medical profession: “… more mindfulness, empathy, responsibility and above all the love for your neighbor and for yourself”.